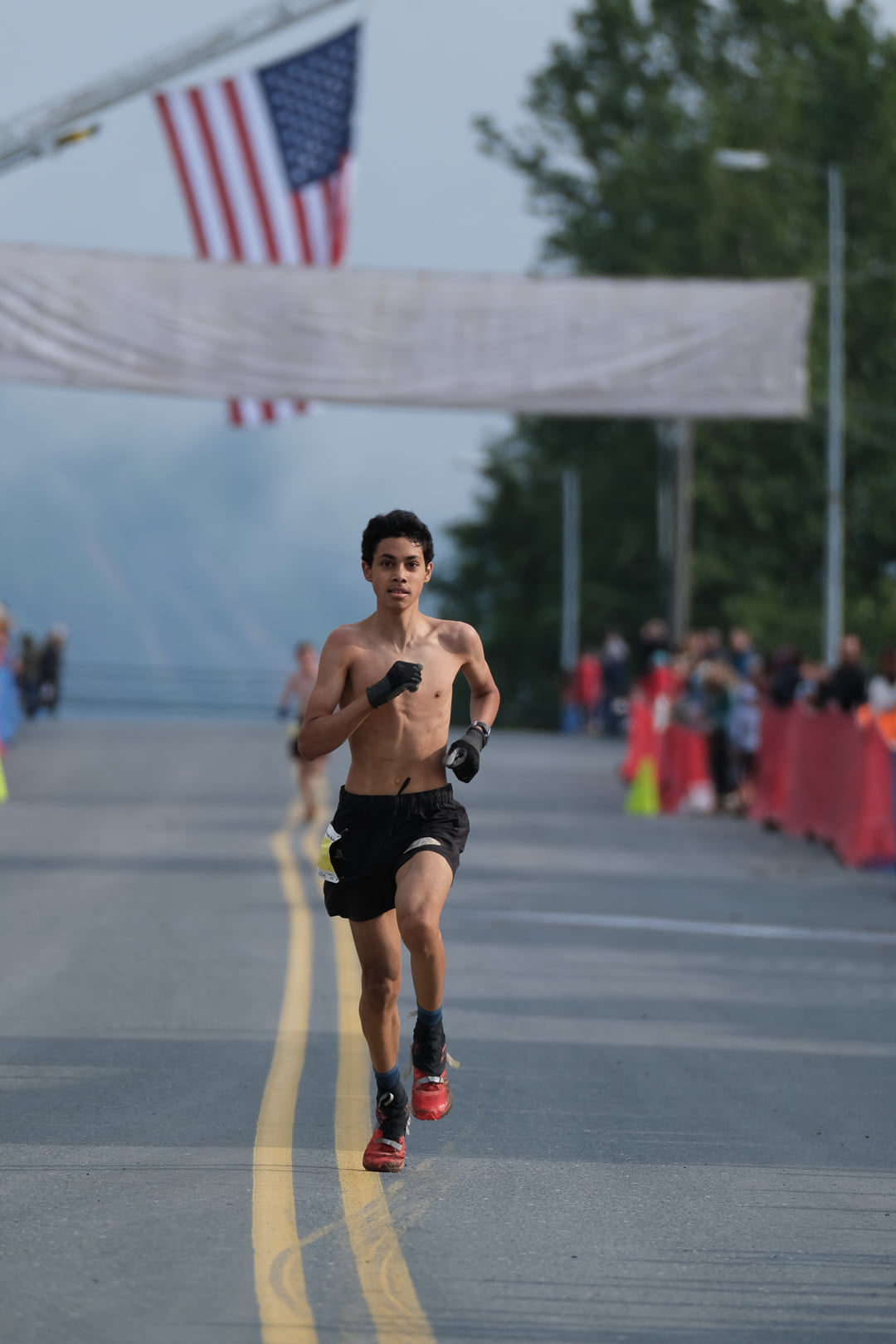 Olive Jordan could hardly believe her ears when told her that she was needed at the 2021 junior girls podium ceremony.

Her legs, lungs and heart had done extraordinary work, powering the 11-year-old from Seward to a 12-minute improvement from her rookie effort in 2018.

What’s more, with the 2021 race featuring seven waves of 50 runners as a COVID-19 mitigation measure, Jordan had to pass many runners with a head start on her. She had no idea how well she’d actually performed.

“I knew I did my personal best, but I didn’t know it would be that good,” Jordan said May 26 while on vacation with family on Cape Cod.

Making the podium wasn’t even an afterthought.

“My goal was to beat two boys that beat me last time,” Olive said, adding that she successfully did so.

“I thought she won her age group but at least 20 teenagers had crossed before her (due to the wave start),” she said.

Olive trained on Mount Marathon about once weekly last year. Christy knew she was in shape but just how fit was a mystery.

“We hadn’t practiced with timing her so had no idea about time. I knew she was faster than me,” said Christy, who ran the women’s race.

Olive spent less time on the mountain this year due to running track at school and being stranded on Lowell Point, where his family lives, after a massive landslide closed Lowell Point Road for several weeks. However, she planned to train on Mount Marathon for almost a month after returning from the East Coast.

With 2021 junior champ Lucy Young aging up to the women’s race, the top returner is 2021 runner-up Jayna Boonstra of Kenai, the 16-year-old daughter of four-time men’s champion Todd Boonstra. Rose Conway of Anchorage (third last year) also figures to be in the mix.

Papillon impressively raced to 18th place at the Broken Arrow 26K Skyrace last month, by far the best result for a teenager.

Marvin placed 6th at the Government Peak up-down race on June 4, more than 18 minutes ahead of the next teen.

Third-place Bayden Menton of Oregon and fourth-place Brady Burrough of Anchorage have aged in to the men’s race.

All 57 girls and 54 of the 69 boys who entered the lottery gained spots in this year’s event.

Past Boys and Girls Champions: https://mountmarathon.com/winners/