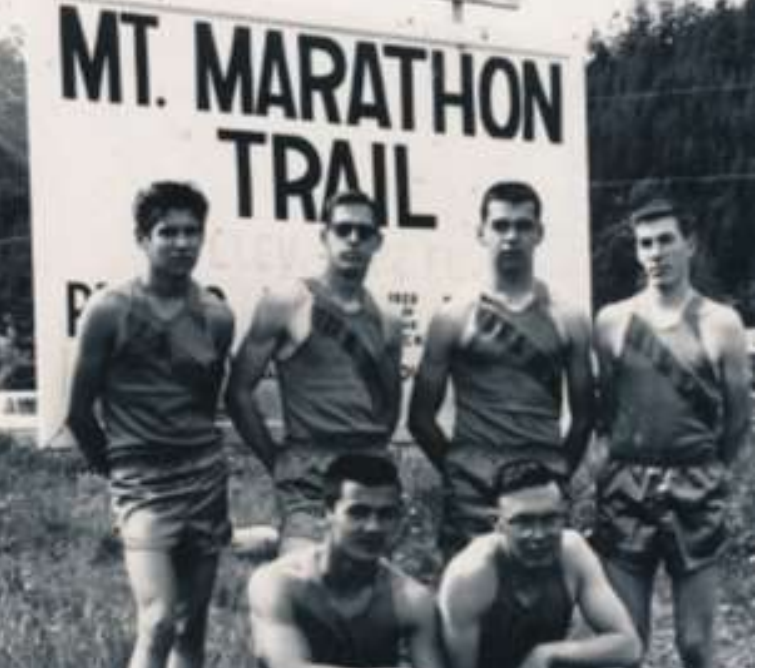 Little did Ryan Davidson know that a visit to the Seward Community Library & Museum this past May would result in an exhibit honoring his uncle who died in a 1963 climbing accident on Mt. Alice.

“Dennis Hitt and the Mt. Marathon Junior Race” is the latest featured display in museum windows in the main floor atrium. The exhibit showcases newspaper clippings and a memorial plaque that Davidson donated to the Resurrection Bay Historical Society following the death this spring of his mother.

Vance Hitt’s wish 58 years ago that his son’s memorial plaque be placed at the accident site never came to fruition. But thanks to his grandson’s efforts, the public can at least see this bronze tribute at the museum.

The 18-year-old Dennis Hitt was captain of the 1963 Seward Mt. Marathon team and his death on July 1 came just days before the big race. When his teammates won the civilian team trophy that year, they accepted it on his behalf.

The first-ever junior race was run in 1964 with local teenager Dale Shea garnering the top prize. For a number of years, the phrase “Dennis Hitt Memorial” was engraved across the front of the junior race trophy. The museum exhibit features a trophy on loan from Shawn Erchinger, who won the event four times in the 1980s.

Don Stockard, a member of the Mt. Alice climbing party, shared his personal memories of the tragic event, which are part of the exhibit. His full account can be found at the RBHS website, along with photos and news clippings of Dennis Hitt and the Mt. Marathon Junior Race.